Skip to Main Content
It looks like you're using Internet Explorer 11 or older. This website works best with modern browsers such as the latest versions of Chrome, Firefox, Safari, and Edge. If you continue with this browser, you may see unexpected results.

Looking for some great essays? Try some of the recommended sites on this guide.

Featured Books of Essays from Our Library 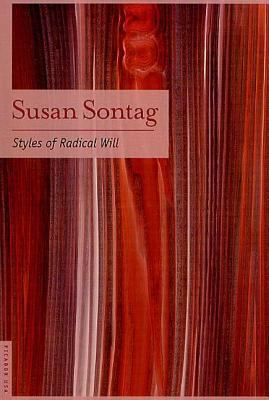 Styles of Radical Will

Styles of Radical Will, Susan Sontag's second collection of essays, extends the investigations she undertook inAgainst Interpretation with essays on film, literature, politics, and a groundbreaking study of pornography. 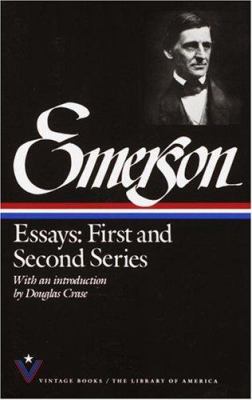 Our most eloquent champion of individualism, Emerson acknowledges at the same time the countervailing pressures of society in American life. Even as he extols what he called "the great and crescive self," he dramatizes and records its vicissitudes. Here is a collection of his classic essays, including the exhortation to "Self-Reliance" and the embattled realizations of "Circles" and "Experience." Here, too, are his wide-ranging discourses on history, art, politics, nature, friendship, love, and much more. For the first time, the authoritative editions of works by major American novelists, poets, scholars, and essayists collected in the hardcover volumes of The Library of America are being published singly in a series of handsome and durable paperback books. A distinguished author has contributed an introduction for each volume, which also includes a detailed chronology of the author's life and career, an essay on the choice of the text, and notes. 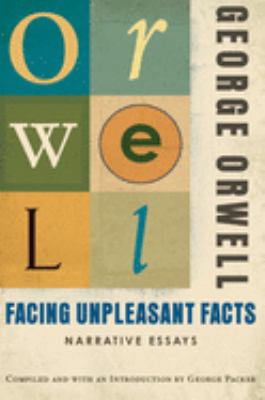 George Orwell was first and foremost an essayist, producing throughout his life an extraordinary array of short nonfiction that reflected--and illuminated--the fraught times in which he lived. "As soon as he began to write something," comments George Packer in his foreword, "it was as natural for Orwell to propose, generalize, qualify, argue, judge--in short, to think--as it was for Yeats to versify or Dickens to invent." Facing Unpleasant Facts charts Orwell's development as a master of the narrative-essay form and unites such classics as "Shooting an Elephant" with lesser-known journalism and passages from his wartime diary. Whether detailing the horrors of Orwell's boyhood in an English boarding school or bringing to life the sights, sounds, and smells of the Spanish Civil War, these essays weave together the personal and the political in an unmistakable style that is at once plainspoken and brilliantly complex. 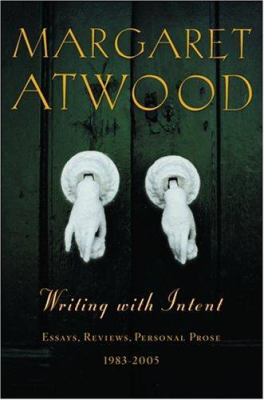 From one of the world's most passionately engaged literary citizens comes Writing with Intent, the largest collection to date of Margaret Atwood's nonfiction, ranging from 1983 to 2005. Composed of autobiographical essays, cultural commentary, book reviews, and introductory pieces written for great works of literature, this is the award-winning author's first book-length nonfiction publication in twenty years. Arranged chronologically, these writings display the development of Atwood's worldview as the world around her changes. Included are the Booker Prize#150;winning author's reviews of books by John Updike, Italo Calvino, Toni Morrison, and others, as well as essays in which she remembers herself reading Virginia Woolf's To the Lighthouse at age nineteen, and discusses the influence of George Orwell's 1984 on the writing of The Handmaid's Tale. Atwood's New York Times Book Review piece that helped make Orhan Pamuk's Snow a bestseller can be found here, as well as a look back on a family trip to Afghanistan just before the Soviet invasion, and her "Letter to America," written after September 11, 2001. The insightful and memorable pieces in this book serve as a testament to Atwood's career, reminding readers why she is one of the most esteemed writers of our time. 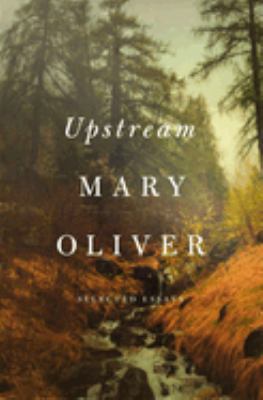 One of O, The Oprah Magazine's Ten Best Books of the Year!  The New York Times bestselling collection of essays from beloved poet, Mary Oliver.   "In the beginning I was so young and such a stranger to myself I hardly existed. I had to go out into the world and see it and hear it and react to it, before I knew at all who I was, what I was, what I wanted to be."  So begins Upstream, a collection of essays in which revered poet Mary Oliver reflects on her willingness, as a young child and as an adult, to lose herself within the beauty and mysteries of both the natural world and the world of literature. Emphasizing the significance of her childhood "friend" Walt Whitman, through whose work she first understood that a poem is a temple, "a place to enter, and in which to feel," and who encouraged her to vanish into the world of her writing, Oliver meditates on the forces that allowed her to create a life for herself out of work and love. As she writes, "I could not be a poet without the natural world. Someone else could. But not me. For me the door to the woods is the door to the temple."    Upstream follows Oliver as she contemplates the pleasure of artistic labor, her boundless curiosity for the flora and fauna that surround her, and the responsibility she has inherited from Shelley, Wordsworth, Emerson, Poe, and Frost, the great thinkers and writers of the past, to live thoughtfully, intelligently, and to observe with passion. Throughout this collection, Oliver positions not just herself upstream but us as well as she encourages us all to keep moving, to lose ourselves in the awe of the unknown, and to give power and time to the creative and whimsical urges that live within us. 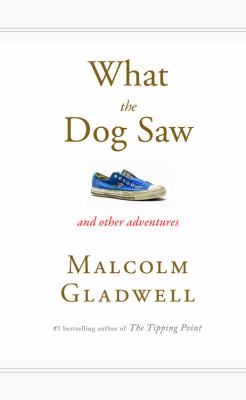 What the Dog Saw

What is the difference between choking and panicking? Why are there dozens of varieties of mustard-but only one variety of ketchup? What do football players teach us about how to hire teachers? What does hair dye tell us about the history of the 20th century? In the past decade, Malcolm Gladwell has written three books that have radically changed how we understand our world and ourselves: The Tipping Point; Blink; and Outliers. Now, in What the Dog Saw, he brings together, for the first time, the best of his writing from The New Yorker over the same period. Here is the bittersweet tale of the inventor of the birth control pill, and the dazzling inventions of the pasta sauce pioneer Howard Moscowitz. Gladwell sits with Ron Popeil, the king of the American kitchen, as he sells rotisserie ovens, and divines the secrets of Cesar Millan, the "dog whisperer" who can calm savage animals with the touch of his hand. He explores intelligence tests and ethnic profiling and "hindsight bias" and why it was that everyone in Silicon Valley once tripped over themselves to hire the same college graduate. "Good writing," Gladwell says in his preface, "does not succeed or fail on the strength of its ability to persuade. It succeeds or fails on the strength of its ability to engage you, to make you think, to give you a glimpse into someone else's head." What the Dog Saw is yet another example of the buoyant spirit and unflagging curiosity that have made Malcolm Gladwell our most brilliant investigator of the hidden extraordinary.